Ruby Capps Parham, a resident of Oxford died Monday, February 22, 2010. A native of Vance County and was the daughter of the late Clinton and Lucy Shearin Capps. She was the widow of the late Lewis W. Parham. She was a member of Hester Baptist Church and a housewife.
Funeral services will be conducted at 2:00 P.M. on Wednesday, February 24, 2010 at Hester Baptist Church by Dr. Lovelle Waters and Dave Currin. Burial will follow in the church cemetery.
Surviving is one son, Ronnie Parham Angela of Oxford; four brothers, William Dickie Capps, Horace Capps, both of Bullock, Clinton Weldon Capps and John Douglas Capps, both of Henderson; one sister, Marie C. Woodward of Glasgow, KY; four grandchildren, David, Benjamin, Lauren and Anna Parham. She was preceded in death by a son, Ricky Lee Parham; brothers, Clifton Jay Capps, Herman Buddy Capps, and Allen Capps; a sister, Annie C. Matthews.
Visitation will be held Tuesday, February 23, 2010 from 7:00 P.M. until 8:30 P.M. at Gentry-Newell & Vaughan Funeral Home and at other times they will be at the home of Ronnie and Angela Parham.
In lieu of flowers, contributions may be made to Hester Baptist Church, PO Box 964, Oxford, NC 27565. Online memorials www.gnvfh.com and select obituaries. Gentry-Newell & Vaughan Funeral Home is assisting the Parham family.

Offer Condolence for the family of Ruby Capps Parham 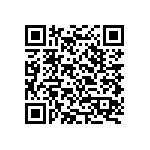