Roy Jack Horner, Sr. died Wednesday morning in Rougemont surrounded by his loving family. He was 79 years old. Jack was born in Los Angeles, CA to the late Roy J. and Nellie Tong Horner on April 6, 1926.

Jack moved to Durham in 1983 after proudly serving his country for 20 years while stationed in the U.S. Army. Prior to his retirement as a Master Sergeant, Jack spent time in Vietnam, Turkey and Germany. After his discharge from the service, Jack joined GTE Corp. where he retired in 1987.

Offer Condolence for the family of Roy Jack Horner, Sr. 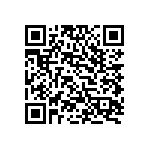