Ronnie Harold Hawley, age 54, of Carrollton, Virginia died suddenly on August 8, 2012 at his home. He was raised in the Oxford Masonic Home for Children and graduated in 1977. He was employed with City Electric Supply for 20 plus years. It was a job he loved. The family would like to give a special thank you to the Mackie family, Gary Smith, Jim Lawson, Rudy Hawkins and all the girls in Greensboro. He enjoyed the many friendships that were made through City Electric Supply over the years. Ronnie enjoyed the time spent with his grandkids, on the golf course, and fishing.
Funeral services will be conducted on Sunday, August 12, 2012 at 2:00 PM from the Masonic Home for Children Chapel. Burial will follow in Knott’s Grove Cemetery.
The family will receive friends on Saturday, August 11, 2012 at Gentry-Newell & Vaughan Funeral Home in Oxford, North Carolina from 7:00 until 8:30 PM.
Ronnie is survived by his loving wife of 34 years, Ginger Bryant Hawley; daughters, Alicia Hawley Guiton Jeff of Angier and Ashley Hawley Pregmon of Carrollton, Virginia. He is also survived by his mother Sandra Perry; a sister, Sandy Burrell and a brother Terry Hawley, all of Wilson, NC. He was granddaddy to Jeffrey Ty Guiton and Braelyn Gracie Guiton, who were the apple of his eye.
In lieu of flowers, the family requests that donations be made to The Good Samaritan Ministries, 2307 Hull Street, Richmond, VA 23224.
Gentry-Newell & Vaughan Funeral Home in Oxford, NC is assisting the Hawley family. For online condolences, go to www.hallwynne.com and select obituaries.

Offer Condolence for the family of Ronnie Harold Hawley 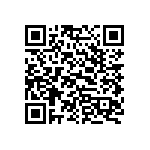