Durham – Ron would like to let you know that his work here is done. He received a call, a sort of offer you can’t refuse, for an appointment which he will not be returning. This assignment comes with a huge sign on bonus, a reunion with family and friends he has not seen in a long time. Job security is exactly 110%. His new mission takes him to a wonderful place where he will be laughing, dancing, gardening, crabbing, reading cookbooks, and watching The Hallmark Channel to his heart’s content. Music, laughter and love are guaranteed.

Ronald (Ron) Wayne Byrd, 69, of Edgewood, MD passed away on March 24th 2017 at Duke University Hospital. Born in Durham, NC, he was the son of the late Joseph Monroe Byrd and Betty Lee Sanders Byrd Hurnyak. He was very supportive of our military. Ron was a member of the Parkwood United Methodist Church. He adored and loved spending time with his beloved Betty, his family and grandchildren including his four-legged friend, Willow.

Ron was passionate about the Baltimore Orioles and the Baltimore Colts. He enjoyed a “good road trip through the county,” as well as traveling. He also maintained a life-long love affair with trains. Ron was a former professional photographer and a man of many and varied interests. He also helped others “learn the ropes” of photography.

Ron grew up in Aberdeen and Edgewood, Maryland where he was an adventurist. He loved the outdoors and was quite the fisherman and crabber on the Chesapeake Bay. He just loved crabs. When he was a boy he spent many days outdoors on Aberdeen Proving Grounds climbing on the tanks and missiles of the old Ordnance Museum. He especially liked climbing on Leopold, the WWII German railway gun. He attended Aberdeen High School and graduated from Edgewood High School in 1968. He attended and graduated from Harford Community College. Ron is grateful for all of those who crossed his path. He thanks you for the life lesson you taught him.

In addition to his parents, Ron was preceded in death by his sister, Betty Jo, and brothers, Steve and Dennis.

A memorial service will be held on Monday, April 3, 2017 at 10:00am at Parkwood United Methodist Church, 5123 Revere Road, Durham, NC 27713. A reception will be held at the church immediately following the service.

Donations in Ron’s memory may be made to Parkwood United Methodist Church, or to the Animal Protection Society of Durham, 2117 E. Club Boulevard, Durham, NC 27704, www.apsofdurham.org.

Offer Condolence for the family of Ronald Wayne Byrd 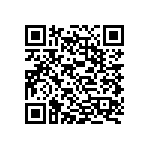