Ronald Mark Landfried, 58, died peacefully at home Thursday after battling tongue cancer since 2006. He had a great sense of humor, a compassionate heart, and a deep curiosity about the world.
Ron was born Oct. 23, 1952, in Greenville, PA, the son of Mark and Marjorie Landfried. He spent his career as a newspaper writer, photographer and editor, spending the last eighteen years of his career at The Herald-Sun in Durham.
As editor of The Lake Placid News, Ron led the staff of the hometown paper in covering the 1980 Olympic Winter Games. He spent 10 years in Lake Placid, marrying his first wife, Linda Lumsden. Their children, Jessalee and Sam, were born there.
He came to The Herald-Sun in 1991 and found a home at the paper and in Durham. He led projects that won major awards for the newspaper, including the Excellence in Urban Journalism Award from the Enterprise Foundation and the Freedom Forum for a series titled “Living Below the Line,” published in 2003.
Ron was greatly moved by issues of injustice, and as an active member of Watts Street Baptist Church, he helped found a group to help prisoners returning to Durham successfully reenter the community.
He loved his family. He and his wife, Bebe Guill, met in a creative writing class and married in 1997. They were proud to build a blended family together, and their best times together included attending JazzFest in New Orleans, hiking trips to Montana, cooking, and working on their house.
Ron is remembered by his two parents, his wife, and their children: Jessalee Landfried, Sam Landfried, Jonathan Williams, Farrar Williams and her husband, Peter Orvetti, and their two children, Miles and Porter Orvetti.
A memorial service will be held 1:00 PM Thursday, May 12 at Watts Street Baptist Church at which all are welcome. In lieu of flowers, memorial gifts may be made to Watts Street Baptist, 800 Watts St., Durham NC 27701.

Offer Condolence for the family of Ronald Mark Landfried 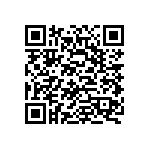