In addition to his work, Mr. Overaker served in the National Guard for 7 years; was a member of the Board of Directors of Eno Fire and Rescue for 14 years; was the chair person for the building committee, and was instrumental in establishing the new Eno Fire Station number 2 on Saint Mary’s Rd. He was a member of Pleasant Green United Methodist Church, and during his better health enjoyed his hobbies of watch repair and old cars with special friends.

Funeral Services will be held at 11 a.m. Monday February 15, 2010 from Pleasant Green United Methodist Church with burial to follow in the church cemetery.

Arrangements for the Overaker family are under the care of Hall-Wynne Funeral Service, Durham.

Offer Condolence for the family of Ronald F. Overaker 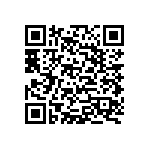