Mr. Eubanks was a Chatham County native, born September 25, 1924 to Roy Lee Eubanks and Fleta Moore Eubanks. Aside from his military service in World War II, Mr. Eubanks spent his life in Chatham County, working as a self employed building contractor. A very private man, family and work were his passions; later in life he enjoyed watching NASCAR racing and the Atlanta Braves games. Mr. Eubanks was a member of Rock Springs Baptist Church.

Mr. Eubanks’ wishes were for a private burial in Rock Springs Baptist Church cemetery, and his request will be honored. There will be a time of visitation for family and friends on Friday evening from 6:00 – 8:00 pm at Hall-Wynne Funeral Home in Pittsboro. Flowers, cut arrangements or potted plants, are acceptable or memorials may be made to the charity of one’s choice.

Arrangements for Mr. Eubanks are under the care of Hall – Wynne Funeral Service and Cremation of Pittsboro.

Offer Condolence for the family of Roland Percy Eubanks 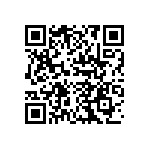