Roland A. Frate, age 77, died Monday afternoon, March 21, in Durham. He was born February 11, 1928 in Bloomfield, NJ to the late Michael and Rosalie Dispenza Frate.<br><br>Roland was a devout Christian and involved member of the Knights of Columbus who donated his time and talents when he was a parishioner at St. Pius Catholic Church in Conyers, GA. He and his loving wife of 52 years, Louise, moved to Durham last year to be near their family. <br><br>Roland honorably served his country while stationed in the U.S. Army during World War II. His career as a chemical engineer spanned 33 years while living in Charlotte, NC; Covington, VA; Raleigh, NC; and Conyers, GA. Although strong willed in nature, Roland was a loving husband, father and great-grandfather who thoroughly enjoyed the game of golf. In his spare time, Roland meticulously organized his supply of light bulbs which provided his family with many humorous stories. <br><br>Surviving are his wife, Louise Frate of Durham; his children, Christine Hester and husband, James, of Garner, NC; Michael R. Frate and wife, Susan, of Durham; Mary F. Latta and husband, Wally, also of Durham; two brothers, Dion Frate and wife, Emily, of Fairfield Glade, TN; Gino Frate and wife, Mary, of Rahway, NJ; four grandchildren, Diana and Benjamin Curtis, Anna Frate and Lindsie Latta; and one great grandchild, Hunter Tingen. Roland was preceded in death by his son, Philip V. Frate, and his brother, Victor Frate. <br><br>A Mass of Christian burial will be offered 10:00 AM Tuesday, March 29, from St. Matthew Catholic Church. Father John G. Parish will preside. Burial with military honors will follow in Restlawn Memorial Gardens.<br><br>Friends may visit Monday evening from 6:00-8:00 PM at Hall-Wynne Funeral Home. <br><br>Flowers are acceptable or contributions may be made to the Knights of Columbus, c/o St. Pius Catholic Church, 2621 Highway 205 S.E., Conyers, GA 30013.<br><br>E-mail condolences may be sent to info@hallwynne.com.<br>

Offer Condolence for the family of Roland Frate 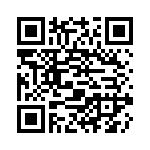