Roland honorably served the citizens of Durham during his 31 year career as a Durham Police Officer. He retired from the Department on April 1, 1980. In addition to his duties as a police officer, Roland was a member of the North Carolina National Guard for 22 years before he retired at the rank of Major in 1982. During World War II, he served as Communications Chief for the 337th Infantry Division of the U.S. Army.

Roland also was a 50 year member of Durham Masonic Lodge 352 and a member of the Sudan Shrine Temple.

Surviving are his wife of 56 years, Annie Ruth Tiller Dudley of Durham; his daughters, Debra Dudley Fedyshyn and husband, Jim, of Durham; Pat Dudley of Beaufort, S.C.; and one grandson, Scott Fedyshyn of Charlotte, NC. He was preceded in death by one brother and two sisters.

A memorial service will be held 11:00 AM Friday, February 25, from Hall-Wynne Funeral Chapel. Reverend Phil Wiggins will preside.

In lieu of flowers, memorials in Roland

Offer Condolence for the family of Roland Edward Dudley 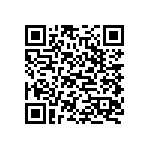