Born in Detroit, MI, he was the son of Anne Haskins Sump and the late Dwyer Charles Sump. In addition to being a franchise owner of Pearle Vision Center for 30 years, Roger also served on the National Franchise Advisory Council and served as its president for two years. He was an avid golfer and attended Grace Lutheran Church.

Roger met Sally Austin in Charlotte. They married in Southern Pines in 1975. They recently celebrated 40 years together.

In addition to his wife and mother, he is survived by his sons, Captain Brian Sump (Ashley) of Minot, ND and Steven Sump of Durham; his twin brother, Michael Sump of Charlotte and his sister, Laura Bass (Craig) of Matthews, NC.

Funeral Services will be held 2:00 PM Saturday, August 29, 2015 at Grace Lutheran Church with the Rev. Brian Chestnutt officiating. Burial will be held at a later date at Holy Sepulchre Cemetery in Southfield, Michigan.

Arrangements for the Sump family are under the care of Hall-Wynne Funeral Services. Online condolences www.hallwynne.com

Offer Condolence for the family of Roger Lewis Sump 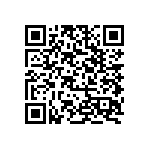