DURHAM: It is with great sadness that the family of Roger Lee Karl, 77, of Durham, NC announces his death which occurred on Sunday, January 8, 2017, at UNC Hospital. He was born January 15, 1939 in Cranesville, PA to the late James and Ruth Shaffer Karl. He was one of 12 children.

Roger served in the Army for over 24 years and retired as a Sergeant Major in 1980. Post military retirement Roger settled with his family in Durham, NC where he worked at Becton Dickinson.

Donations in Roger’s memory may be made to the Wounded Warrior Project. Arrangements for the Karl family are under the care of Hall-Wynne Funeral Service.

Offer Condolence for the family of Roger Lee Karl 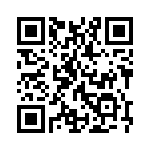