Dr. Rees was a native of Akron, Ohio, born March 15, 1920 to Franklin and Eugenia Adams Rees. He was a graduate of Duke University and Temple University. While at Duke, Dr. Rees was a defensive end on the football team, playing opposite end from Tommy Prothro, who later played and coached in the NFL. Dr. Rees, a long time resident of Westin, CT before moving to Fearrington Village, was described as an “incredible man” whose standards and principles will always be highly measured against.

His wife Eugenia was also a successful woman in both education and real estate, and together as a couple they leave a legacy that is admired and cherished.

Dr. Rees served in the US Navy in the North Atlantic during World War II. A staunch Republican that loved a very dry martini, he was a physician who performed pharmaceutical research and development, as well as teaching. He was an outdoorsman that enjoyed fishing, hunting and gardening, especially growing roses. He loved music, painting and photography,

A private family gathering to remember Dr. Rees will be held Saturday, September 5, 2009 at Hall – Wynne Funeral Service, Griffin Chapel, 396 West Street, in Pittsboro. At a later date, Dr. Rees’ cremated remains will be entombed in the family columbarium in Akron, OH.

Offer Condolence for the family of Roberts Moss Rees 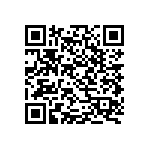