Raleigh:
Robert Wilson “Bob” Eason Sr., died Sunday May 30, 2010 in Blue Ridge Health Care Center in Raleigh. He was a native of Edgecombe Co. and was the son of the late Gaston Joshua Eason and Lillian Owen Eason. He was a veteran of WWII serving in the Navy on the USS Kimberly. He attended Mt. Creek Baptist Church. He received a B.S. Degree from East Carolina Teachers College in 1950, was a former Past Master Mason of the Durham Masonic Lodge 352, a member of Masonic Lodge 210 and a member of Adoniram Lodge 149. Mr. Eason was a Master Lecturer.
Funeral services will be held Wednesday June 2, 2010 at 11:00 AM in the Gentry-Newell & Vaughan Funeral Chapel by the Rev. John Richards. Burial will be at Mt. Creek Baptist Church Cemetery.
Surviving are his wife, Mary Ann Watkins Eason of Raleigh; a daughter Sue Eason EdwardsDean of Raleigh; a son Joe Eason Debbie of Raleigh; grandchildren, Justin Eason of Waynesville NC and Meg Eason of Durham. He was preceded in death by a son Robert “Bobby” Eason, Jr. and by brothers and sister, Joseph, Walter, Wiley, Brooks, Bea and Grey.
The family will receive friends Tuesday night June 1, 2010 from 7:00 until 8:30 at the Gentry-Newell & Vaughan Funeral Home in Oxford.
Flowers are accepted or memorials may be made to the Masonic Home for Children, 600 College St., Oxford, NC 27565 or to the Mt. Creek Baptist Church, 2187 Mt. Creek Rd., Oxford, NC 27565.
Online memorials www.gnvfh.com select obituaries.

Offer Condolence for the family of Robert Wilson Eason, Sr. 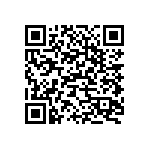