Bob was born in Steele, Alabama and moved to Durham, NC when he was very young. He was the son of Robert Lee Wheeler and Viola Tankersley Wheeler, both deceased. He was one of six children. His brothers Worden Wheeler of Mechanicsville, VA, Delmas Wheeler of Durham; three sisters, Helen Blake of Daytona Beach, FL, Eltis Cripe of Ormond Beach, FL, and Nera Barbee of Durham, NC, all predeceased. He was raised and educated in Durham, NC. When he returned from service he attended Croft Business School.

Mr. Wheeler was decorated veteran of World War II, having served with the 7th Armored Division, 23rd Infantry Battalion, Company B in St. Vith, Belgium during World War II. During his service he earned the combat infantry and rifle sharpshooter

Offer Condolence for the family of Robert Wheeler 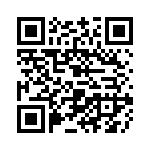