Robert Warren Parrish, age 88, died Saturday morning, October 11, 2008, at Pittsboro Christian Village. Born in Granville County to the late Edward S. and Novella Mooney Parrish, Robert was a veteran of the U.S. Army who served during WWII. He was employed for over 35 years at Wright Machinery, which later became Sperry Rand Corp., and was a long-time member of Northgate Chapel. He was frequently seen on the greens at Hillandale and Cedar Grove golf courses always enjoying the game of golf.

Robert is survived by his son, Robert Arnold Parrish and wife, Nancy, of Ft. Lauderdale, FL; his sisters: Nan Fesperman of Faison, NC; and Jane Glenn of Newton, NC. He was preceded in death by his wife, Eva Mae Montieth, who died in 1995; and his stepson, William Marvin Hill, who died in 2002.

Friends may visit with the family one hour prior to the service at 10:00 A.M. Tuesday at Hall-Wynne Funeral Home.

In lieu of flowers, donations may be made to Pittsboro Christian Village, 1825 East St., Pittsboro, NC 27312.

Arrangements for the Parrish family are under the care of Hall-Wynne Funeral Service.

Offer Condolence for the family of Robert Warren Parrish 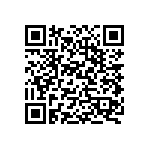