Bob will be remembered most fondly for his ever present sense of humor, always ready with a joke, even in the last years of his life. He had a heart for helping out people wherever he could, and an uncanny ability to fix or repair just about anything.

After moving to Durham in 1926, he graduated from Durham High School class of 1939 and Duke University class of 1943. He joined the Navy in 1943 and received his Wings at Pensacola, Florida in 1943 and later became an instructor. During World War II, he was a VR1 NATC Transport Pilot out of Pautaxent River. After the war he continued in the Navy Reserves until 1950. In 1950, he was called into active duty in the Korean War where he flew UP-861, UP-10 & PV2 Bombers. Upon his return to the States he remained in the Naval Reserves and retired in 1980 as a LCDR of the United States Naval Reserves.

After World War II, Bob returned to Durham where he and his brother, Lewis founded Pifer Industries, Inc. and served as Secretary-Treasurer from 1946- 1976. He served as President

Offer Condolence for the family of Robert Theodore Alston Pifer 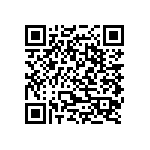