Oxford:
Robert Sanford Daniel, 91, passed away February 4, 2016 after several years of declining health. He was preceded in death by his beloved wife of 61 years, Sophia Currin Daniel, his sister Eleanor Daniel Sigmon and brother Maynard Daniel. He is survived by three daughters, Gabriele Porter (Rod) of Oxford, Michele Warta (Paul) of Kernersville, and Mary Wellons (Mark) of Princeton, three grandsons, Steven and Robert Warta, and Daniel Wellons. Also surviving are brothers R. T. Daniel, Jr. (Lillian) of Raleigh and Edward Daniel of Concord, as well as many cousins, nieces and nephews.
Sanford graduated from Berea High School and joined the Army Air Corp as a pilot. He was a proud veteran of World War II and the Korean conflict, flying missions until his retirement in 1970. He retired to his family farm in Granville County to raise cattle and tend to the home place. He was a member of the Granville County Cattlemen’s Association and spent many happy years taking care of the farm and enjoying time with his family and friends. Sanford was a member of Enon Baptist Church for most of his life where he served as deacon.
Services will be held at Enon Baptist Church, Sunday February 7, 2016, at 3:00 p.m. with Reverend Steve Brown and Reverend James C. Shelley, Jr., officiating. Burial will follow in the church cemetery. The family will receive friends in the Enon Community Building immediately following the service.
In lieu of flowers, memorials may be made to Enon Baptist Church in care of Buck Adcock, Treasurer, 2115 Tommie Daniel Road, Oxford, NC, 27565.
The family wishes to thank the many gracious caregivers who assisted during Sanford’s later years.
Arrangements for the Daniel family are being handled by Gentry – Newell & Vaughan Funeral Home of Oxford.
Online condolences may be made at www.hallwynne.com.

Offer Condolence for the family of Robert Sanford Daniel 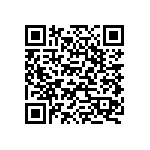