Robert Rand Allingham, MD passed away at home on August 27, 2018 with loving family by his side. He was born June 2, 1953 in Iowa City, Iowa. After several moves around the Midwest and East Coast, he moved to Cincinnati where he attended high school, the University of Cincinnati and the University of Cincinnati School of Medicine. He completed a residency in ophthalmology at Eastern Virginia Medical School followed by a clinical and research fellowship in glaucoma at Massachusetts Eye and Ear Infirmary in Boston before joining the faculty there. Following a brief faculty appointment at Southwestern School of Medicine in Dallas, he joined the faculty of the Department of Ophthalmology of Duke University School of Medicine in 1993 and later became Director of the Glaucoma Service. Over the next 25 years, he became an internationally recognized physician and researcher in the field of glaucoma.

Over his remarkable career, he made seminal contributions to glaucoma clinical care and to understanding the causes for several types of glaucoma. In particular, he was passionate about understanding the genetic underpinnings of pseudoexfoliation and a severe form of glaucoma that affects individuals of African ancestry. Beyond his own clinical practice and scientific pursuits, Dr. Allingham was an inspiring mentor to generations of residents, fellows and junior faculty that passed through Duke Eye Center and also worked closely with numerous international collaborators. As Chief of the glaucoma service for 22 years, he was influential in shaping the Duke Eye Center at a time of unprecedented growth. Beloved by his colleagues, trainees and patients, his infectious enthusiasm and his gift for bringing out the best in others helped define his career and legacy in the field.

A celebration of his life will be held in Duke University Chapel on Monday, September 24 at 3:00 PM with a reception at the J.B. Duke Hotel at 4:30 PM following the memorial. In lieu of flowers, the family requests donations to the R. Rand Allingham, MD Research Fund, a permanent endowment in the Duke School of Medicine for the support of early career faculty in Ophthalmology. Donations can be made online at https://www.gifts.duke.edu/dukeeye or by contacting Jillian Ream, Duke Eye Center Development at 919-385-3197 or jillian.ream@duke.edu.

Offer Condolence for the family of Robert Rand Allingham, MD 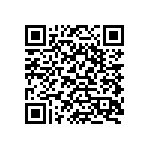