A native of Brooklyn, NY, Bob was born on July 22, 1922 to the late Nicholas and Anne Croke Ludwig.

Bob was a great man with the rare ability to succeed at any thing he put his mind to. He was drafted to play baseball in the minor leagues with the New York Giants. He served faithfully for two years as a United States Marine in WW II

Bob later owned and operated the “Robert Ludwig Company” where he raised funds for religious organizations, hospitals, and universities.

A Mass of the Resurrection will be offered from Holy Infant Catholic Church 11:00 A.M Thursday, June 10, 2010. Father Joseph Brennan will preside.

Offer Condolence for the family of Robert Nicholas Bob Ludwig 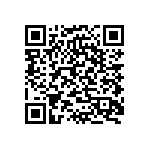