A student-athlete and graduate of Fifth Avenue High School in Pittsburgh, Pennsylvania, Robert attended Duquesne University where he majored in history. On June 30, 1960, Robert was inducted into the Armed Services of the United States, and on May 30, 1966, he was Honorably Discharged from the United States Army. He then worked as a customer service agent for Trans World Airlines until his retirement.

Robert was preceded in death by his brother, Donald Primus, and his sister, Patricia Hale.

A funeral service will be held 11:00AM, Saturday, March 30, 2019 in the Chapel of Hall-Wynne Funeral Service in Durham, NC. Dr. Andrew Davis will officiate.  Burial will follow at Maplewood Cemetery.

The Primus family is under the care of Hall-Wynne Funeral Service. Online condolences: www.hallwynne.com

Offer Condolence for the family of Robert Nathaniel Primus 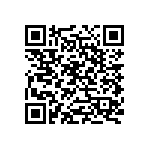