Robert (Bob) Melville Phillips, Sr. died peacefully Saturday, September 10, 2016 at his home in Rougemont, NC, surrounded by his entire family. He was born July 17, 1948 in Durham, NC to Paul and Nina Phillips, both deceased.
Survived by: Step Mother, Josephine Tuck Phillips of Roxboro and wife, Anna R. Phillips, of the home. Sons: Robert Melville Phillips, Jr. (Caterina) and Brian Joshua Phillips (Kelly) of Durham, NC. Brothers: Paul B. Phillips, Jr. and Mark T. Phillips (Diane) of Roxboro, NC. Sisters: Elizabeth Beasley (Guy) of Ladson, SC and Amy Green of Bahama, NC. Step son: Thomas Osborne (Karen) of Rougemont, NC. Step daughters Shelley Lee (John) of Meadow, NC and Traci Manzulich (Craig) of Rougemont, NC. Grandchildren: Chris Phillips, Will Phillips, Nina Phillips, Sophia Phillips, Jacob Johnson Phillips, Kevin Renuart, Nathan Lee, Tony Manzulich (Amy) and Jake Manzulich. He enjoyed six great grandchildren.
Bob moved to Wilson, NC in 1955 with his mother and attended school there until joining the Navy in 1965. While in the Navy, he served aboard the destroyer USS Fletcher DD445, out of Pearl Harbor, from 1965 to 1967. He visited the Philippines, Fiji, Taiwan, Vietnam, Bikini Island, Sidney and Brisbane in Australia, Okinawa and several other places throughout Japan. In 1967 he received orders to Danang, Vietnam for a year. Afterwards, he served on the USS Colonial LSD18. He left the Navy in 1969 and returned to Wilson to work for Edwards Electric until 1972.
He moved to Durham in 1973, obtained his NC Unlimited Electrical License and started Phillips Electric Company of Durham, Inc. He and his sons built it into a multilevel company, including Product Recovery Management and Triangle Stainless, Inc. He retired in 2012 and consulted with his sons during the subsequent years, helping their business to grow.
Bob loved drag racing, fishing, old cars, new Mopar muscle cars and camping with his wife, Anna; friends Billy and Carolyn Sparks (both deceased); Dave and Becky Ladd and all the other wonderful friends he made along the way. More than anything – he loved his family.
He was of the Methodist faith and believed in treating everyone the way he wanted to be treated.
In lieu of flowers, donations may be made to The American Lung Association—Stop Smoking (lung.org/stop-smoking), Duke HomeCare & Hospice (gifts.duke.edu/daa).
A memorial service will be held at Hall-Wynne Funeral Chapel in Durham, NC on Saturday, September 17, 2016 at 12:30 pm. Family will receive friends and family in the chapel from 11-12:30 am.

Offer Condolence for the family of Robert Melville Phillips 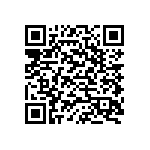