Mr. Robert “Bobby” Earnest McGhee, 57, of Chapel Hill passed away on Wednesday November 13, 2013 at UNC Hospitals. He was the son of Frances Markham McGhee and the late James Robert McGhee.

Bobby worked at UNC Facilities and Services for 30 years before retiring in 2005. He also served as a volunteer fireman and First Responder for North Chatham Fire Department for 25 years before retiring due to illness.
Bobby served on the Board of Directors for many years until his death.

The funeral service for Bobby McGhee will be held at three o’clock Sunday, November 17, 2013 at Merritt’s Chapel United Methodist Church, with Dr. Richard Tysinger presiding. Burial will follow in the church cemetery.
Visitation will be held before the service, at the church, from 2:00 – 2:45 pm.

Online condolences may be left at www.hallwynne.com, Select “Current Services” then “Obits and Guestbook”.

Arrangements for Mr. McGhee are under the care of Hall-Wynne Funeral Service & Cremation, Pittsboro.

Offer Condolence for the family of Robert McGhee 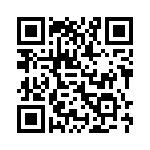