Bob was born in Coeburn, VA on October 14, 1933, the son of Luther Thomas Helbert and Elsie Mae Beck Helbert. Bob was a meat market manager with A&P Grocery, retiring in 1995 after 27 years of service.
Following his retirement, he became a full time grandfather. He was an avid train buff, and loved steam engines. He and his wife, Loveda Reed Helbert, were active square dancers for 30 years with Bob serving as club president for 25 years.

The service to celebrate the life of Mr. Bob Helbert will be held at 11 o’clock Friday morning, August 10, 2012 at Hall-Wynne Funeral Home in Pittsboro, with Pastors Ray Gooch and Clyde Denny presiding. Interment will follow in the Pleasant Hill United Methodist Church cemetery. Friends may visit with the family on Thursday night from 6:00 – 8:00 pm, and at other times at the residence of Robby and Dolly Helbert.

Memorial contributions may be made to Hospice of Wake County, 250 Hospice Drive, Raleigh, NC 27607.

Offer Condolence for the family of Robert Lincoln Helbert 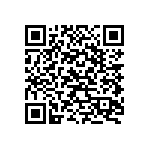