Robert King, Jr., died at Durham Regional Hospital on Sunday, February 22. He was born in Richmond, Va., on August 24, 1915, to the Rev. Dr. and Mrs. Robert King. A graduate of Davidson College, he spent sixty years as a stockbroker.

Retiring as a Lieutenant Commander in the U.S. Navy, Mr. King served in the Pacific Theater in World War II.

He was a past president of the Lions Club in Durham. He was also active for 68 years in the Gideons International, serving as local, state, and international officer. He was an elder at Blacknall Memorial Presbyterian Church.

A celebration of his life will be on Thursday at 2:00 at Blacknall Memorial Presbyterian Church with the Rev. Allan Poole and Rev. Ed Henegar officiating. Interment will be in Maplewood Cemetery. The family will receive friends a hour before the funeral at the church.

He requested that in lieu of flowers, memorials might be made to the Gideons International, P.O. Box 2155, Durham, NC 27702, or to Blacknall Memorial Presbyterian Church.

Offer Condolence for the family of Robert King 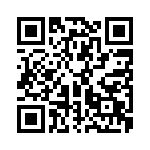