OXFORD:
Robert Jerome “Jerry” Walker, age 41, died Sunday, January 26, 2014. He was the son of Jane Hedrick Sullins Jesse of Oxford and Robert H. Walker Gayle of Gastonia, NC. Jerry was a member of St. Stephen’s Episcopal Church, a veteran of the Marine Corps and a tobacco farmer.
Jerry was a graduate of NC State University, where he received a degree in Agricultural Business and Extension. He was a member of the Farm House Fraternity and was the recipient of the Young Farmer Award of Granville County; he also served in several agriculture organizations. He was an astute businessman and loved motor cross.
Memorial services will be conducted on Sunday, February 2, 2014 at 2:30 PM at St. Stephen’s Episcopal Church by Rev. James Pahl. The family will receive friends from 1:00 until 2:15 PM prior to the service in the Parish Hall. A private burial will follow.
Jerry was preceded in death by his maternal grandparents, H. D. and Robbie Hedrick; his paternal grandparents, Kay Drew and Franklin Walker. Surviving in addition to his parents is one sister, Robbie Walker Griffin Mike of Waxhaw, NC; a niece, Katie Griffin and a nephew, Jack Griffin and a step-grandmother, Helga Hedrick.
In lieu of flowers memorials may be made to ALS Association, Jim “Catfish” Hunter Chapter, 4 North Blount Street, Suite 200, Raleigh, NC 27601 or the Semper Fi Fund, 825 College Blvd. Suite102, PMB 609, Oceanside, CA 92057; info@semperfifund.org. or the charity of one’s choice.
The Walker family is under the care of Gentry-Newell & Vaughan Funeral Home. For online condolences, go to www.hallwynne.com and select obituaries.

Offer Condolence for the family of Robert Jerome Jerry Walker 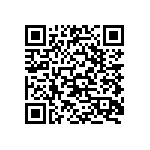