He was born May 1, 1924 in Haddonfield, NJ, to the late George Embry Pope and Helen Gilmer Pope.

Robert graduated from Lehigh University after serving as an Ensign in the Navy in the Pacific during World War II.

He was Owner-Partner of W.S. Pope & Sons Cheese Company in Philadelphia while living in Haddonfield. He was active with the Presbyterian Church and raised funds for the Camden County YMCA.

He retired to Southern Pines, NC with Ann, his wife, and continued his charitable ways by assisting Habitat for Humanity in building homes in Moore County.

He was a true gentleman and a loving and kind-hearted man. His caring and generosity was felt by all who loved and knew him.

A memorial service will be held at William Preston Few Chapel in Croasdaile Village on Wednesday , December 29, 2010 at 2:30 PM. A private cremation service was held at Hall-Wynne Crematory.

The family would like to extend a very special thanks to the entire staff at Croasdaile Village for their help, support and caring.

Offer Condolence for the family of Robert Gilmer Pope 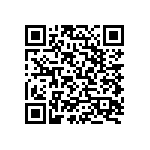