Robert Gill Medley, 75, died Monday night at Durham Regional Hospital following a brief illness. Bob was born in Flagler, Colorado and was the son of the late James B. and Dixie Gill Medley. Bob retired from the Durham Veterans Hospital where he was chief of ambulatory care. A proud veteran, Bob served in the U. S. Army, 82nd Airborne Division. He served during the Korean War and was reactivated for Desert Storm
He was a member of Immaculate Conception Catholic Church. His wife, Elma Collins Medley died March 28, 2005. Bob was a gentle man who loved nature, being outdoors and loved his family.

A Mass of Christian burial will be offered on Thursday at 10 AM in Immaculate Conception Catholic Church. Fr. Steve Patti, OFM will preside. Graveside services with Pastor Greg Allison presiding, will be held at 1:30 PM Thursday in Maplewood Cemetery, Kinston, NC.

Offer Condolence for the family of Robert Gill Medley 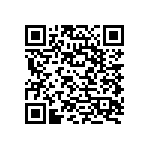