Robert Finley Coleman, PhD, 73, passed away peacefully on Tuesday morning, November 30, 2010 after a long illness. Born on July 6, 1937 in Tyronza, AR, Bob was the younger son of Lucien Edwin and Beulah Mellard Coleman. A graduate of Georgetown College in Kentucky, he later earned his MS in Speech Pathology from Vanderbilt University and went on to complete his PhD in Speech Sciences at the University of Minnesota in 1965. Dr. Coleman was a professor at Vanderbilt and went on to be the Director of the Center for Communication Disorders at Eastern Virginia Medical School. He was a recipient of the Voice Foundation’s Special Distinguished Service Award, Fellow of the American Speech-Language Hearing Association and the Society of Sigma Xi. He was awarded patents for an airway monitor and a respiratory sound analyzer.

Bob Coleman treasured his role as a child of God. His faith was profound and lived out daily in every part of his life. A member of Woodmont Baptist Church in Nashville, TN for 18 years, he served as deacon. Moving to Virginia Beach, VA, he attended Thalia Lynn Baptist Church for 21 years, where he led the Fishermen’s Sunday School Class and served as deacon. After retiring to Littleton, NC, he joined Lakeside Lutheran Church, serving 8 years as head of Adult Education. He was a faithful choir member for over 50 years.

A trait central to Bob’s personality was curiosity. One outcome of this fascination with why and how was “Curious Christians,” a seminar series about writers like CS Lewis and JRR Tolkien. He was interested in challenging people to examine what they actually believe versus what they say they believe.

An avid woodworker, he built furniture from tree to finished piece. He was a tinkerer par excellence. He loved to fish with his wife and children, although he spent more time baiting hooks and untangling lines than actually fishing. Bob was also a prolific writer – for example, he wrote Tales of Tyronza and Other Metropoli and was editor for the Lake Gaston Striper Club Newsletter.

A memorial service remembering Bob Coleman’s life will be held Tuesday, December 7th at 1:00 PM at Lakeside Lutheran Church in Littleton, NC; visitation with the family will be after the service. In lieu of flowers, donations may be made to John 3:16, PO Box 1541, Littleton, NC 27850.

Offer Condolence for the family of Robert Finley Coleman 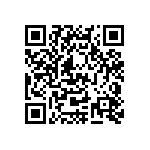