Robert F. Patton, age 91, died Thursday, April 11, 2013 in Chapel Hill. He was born October 28, 1921 in Kentucky to Blanche McNeely and Elizur Fitzgerald Patton. Robert grew up in Rutherfordton, N.C. He was a graduate of Davidson College but two months prior to his graduation, he was called to active duty and served as an Operations Staff Sargent in the 2nd Battalion Headquarters of the 261st Infantry Regiment in World War II. Serving in the Army for three years Robert was assigned to the 65th Infantry Division that became a part of General Patton’s Third Army in France, Germany and Austria. This division was known for being able to move the farthest and the fastest under their commander Major Gen. Stanley E. Reinhart who told them “You have a right to be proud of these accomplishments.” For his duty in Europe, Robert received the European Theatre Medal with 3 Bronze Battle Stars; Combat Infantryman Badge; Bronze Star Medal with Oak Leaf Cluster; Austrian Liberation Medal and the Republic of France Liberation Medal. He was also one of four U.S. citizens to have received the Israeli Medal of Valor in New York City for his service in liberating prisoners of war at the Mauthausen Camp and for preserving the history at that camp to remind everyone those tragic events should not be repeated.

After the war, Robert came back and completed his degree at Davidson and went on to work for twenty years in various management positions at Sears Roebuck. He eventually came to Chapel Hill in 1964 where he was the Founder and President of Interactive Computing, a marketing company that developed and sold custom software services to companies in the Southeastern U.S. including R.J. Reynolds, North Carolina National Bank NCNB, Wachovia and the Oak Ridge National Laboratory. The company he owned was sold to United Telecom Computer Group that later became a part of Control Data.

Robert loved to travel and enjoyed music immensely. During his retirement he organized and led Presbyterian Fun and Fellowship trips so others could share their love of adventure, theatre and music together. Along with local trips around N.C., the group also travelled to Italy, Greece, Turkey and Scandinavia. He was also an avid Tarheel attending UNC football and basketball games for nearly fifty years.

Robert received numerous military honors – but he was very proud of the Republic of France Legion of Honor Medal received at a ceremony in Raleigh on February 28, 2012. His performance one night on the Siegfried Line earned Patton a Bronze Star, which led in part to his Legion of Honor induction. In 2010, the US Holocaust Memorial Museum in Washington DC honored him as a Concentration Camp Liberator of Mauthausen. In the past few years he and his family and friends retraced the 65th Division’s route through Europe. Working with the members of the 65th Division Association and others, he helped to secure monuments throughout Europe and at Mauthausen to preserve the legacy of their contribution. In 2009, he donated his WWII uniform for permanent display in the History Museum in Scharding, Austria. Robert was passionate about sharing his experiences, speaking at numerous schools in the area and was honored to be asked to participate on the Chapel Hill Holocaust Speakers Bureau.

Always one to help, he enthusiastically raised money for many organizations during his lifetime and in 2006 when he found out there were only 50 books for 30, 000 troops in Iraq, he organized a massive book donation, delivering thousands of books to soldiers in Iraq.
Robert was a Past Elder and Chm. Board of Trustees University Presbyterian Church for many years; Commander American Legion Post 6 of Chapel Hill, Adjutant of American Legion Post 6; Adjutant of Veterans of Foreign Wars Post 9100; Past President 65th Infantry Division Association; fifty year member and Past President and Area Lt. Governor of the Chapel Hill Civitan Club and; Past Board of Directors and Vice-President of Chapel Hill Historical Society; and honored as a Chapel Hill Treasure in 2011 by Chapel Hill Historical Society. He received the National Daughters of American Revolution DAR Medal of Honor for his notable service.

Robert was a role model for all ages actively participating until his final days, making a difference for many in his beloved community of Chapel Hill. In the last few months of his life he found great joy in helping filmmaker Matt Nash, who took the time to interview him and create a documentary entitled 16photographs which highlights Matt’s grandfather, the 65th division and the liberation of Ohrdruf Concentration Camp. Robert died on the 68th anniversary of the April 11th visit by Eisenhower who brought with him his ranking generals including Bradley and Patton to the Ohrdruf Camp. Robert was there and recounts his experience in the film.

Robert had a keen mind, loved life and always had plans for today and the months ahead. He said his philosophy in life was making the impossible possible and he worked hard every day to meet many of those challenges. He had so much more he wanted to do to help others. We will all miss him and his tenacity, drive and passion for life, community and service.

A graveside service will be held on Saturday, April 20th at 10:30AM at the Chapel Hill Memorial Cemetery on Fordham Blvd. in Chapel Hill, N.C.

A Memorial Service and Celebration of Life will be held on Saturday, April 27th 11:00 AM at the University Presbyterian Church, 209 Franklin Street, Chapel Hill, NC. Please arrive at 10:45 for music.

The family wishes to offer a special thanks to the nurses and staff at Carol Woods Health Center, UNC Hospice and the team at Meadowmont Cardio Rehab.

Memorials in memory of Robert F. Patton may be made to the University Presbyterian Church, 209 East Franklin Street, Post Office Box 509, Chapel Hill, NC 27514 or to your favorite charity.

Offer Condolence for the family of Robert F. Patton 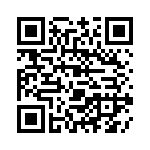