A native of Robbins, Mr. Lassiter was born April 15, 1930 to W.C. Lassiter, Sr. and Desma Ballard Lassiter. In 1969, Mr. Lassiter relocated to Pittsboro, where he became owner / operator of the Piggly Wiggly grocery store until his retirement in 1989. He was a member of Pittsboro Baptist Church, and the Victor Johnson Men’s Sunday School class.

Survivors include his wife, Juanita Benson Lassiter; son and daughter-in-law, Mitch and Beth Lassiter of Sanford; a daughter, Rhonda L. Perry of Concord, NH; his sister, Dixie L. Lewis of Robbins; brothers and sisters-in-law, Glenn and Jimmie Lassiter of Robbins,
Harold and Carolyn Lassiter and Carlton and Betty Lassiter, all of Lillington; grandchildren, Emily Perry Allberg and her husband Erik, Robbie Perry, Sam Lassiter and Abby Lassiter; and two great-grandchildren. Mr. Lassiter was preceded in death by his son Robert Edward “Bobby” Lassiter, Jr. in 1969.

The funeral service for Mr. Robert Lassiter will be held at 11:00 am Monday, July 20, 2009 from Pittsboro Baptist Church with the Rev. Dr. Tripp Harmon presiding. Graveside rites will be held at 3:00 pm Monday at Pine Rest Cemetery in Robbins.
Friends may visit with the family on Sunday evening from 6 – 8 pm at Hall – Wynne Funeral Service and Cremation, Griffin Chapel, in Pittsboro.

Arrangements for Mr. Lassiter are under the care of Hall – Wynne, Griffin Chapel in Pittsboro.

Offer Condolence for the family of Robert Edward Lassiter, Sr. 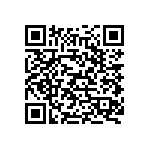