OXFORD:
Robert Earl Newhouse, 49 of 5109 Gooches Mill Rd. died December 19, 2014. He was born February 16, 1965.
He is survived by his parents, Roy Carlton Newhouse, Sr. and Janet Abbott Newhouse of Henderson, his wife Janice Nelms Newhouse of the home, his daughter Emilee Newhouse of Creedmoor, and two step-sons Don (Andrea) Coghill and Brian Coghill of Oxford. He is survived by three brothers, Jamie Newhouse of Norlina, Timothy (Sherri) Newhouse of Cary, and Carlton (Crystal) Newhouse of Henderson; 8 nephews, Cameron, Tyler, Sam, Franklin, Mitch, Sean, Brice, and Ryan Newhouse; two nieces April Abbott and Elizabeth Newhouse; grandchildren Aleea Newhouse and two others.
He was preceded in death by two children Brandon Moss Newhouse and Autumn Aleea Newhouse.
He served in the United States Marine Corp
Robert was an active member of Mt. Zion Baptist Church where he served as a Sunday school teacher and in the choir. He had a degree in business and was a Turf Designer.
Services will be held Tuesday December 23, 2014 at 2:00 PM at Mt Zion Baptist Church by Reverend Keith Williams. Visitation will be prior to the service from 12:30 – 2:00 PM. Burial will follow in the church cemetery with Military Honors.
Flowers are accepted and memorials may be made to the charity of one’s choice.
The family is under the care of Gentry-Newell & Vaughan Funeral Home. Online condolences may be made at www.hallwynne.com.

Offer Condolence for the family of Robert Earl Newhouse 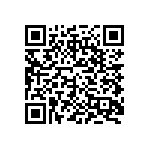