After graduating from Durham High School, Bobby managed Broadway Foods. He was a member of Durham Masonic Lodge 352 for 47 years and also belonged to the Amran Shrine Temple where he played trumpet in the band. For several years Bobby enjoyed playing in the orchestra at Greystone Baptist Church.

Funeral services will be held 11:00 AM Thursday, December 21, from the Chapel of Hall-Wynne Funeral Service. Pastor Jamie McDonald of New Horizon Church will officiate. Interment will follow in Oak Grove Memorial Gardens.

Friends may visit Wednesday evening from 6:00-8:00 PM at Hall-Wynne Funeral Home and other times at the home of Bobbie Griffin, 3033 Rosebriar Dr.

In lieu of flowers, contributions may be made to the Masonic Home for Children, Oxford

Offer Condolence for the family of Robert Doane Griffin, Sr. 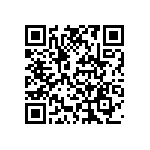