Robert Dean Wright, 76, died Monday, June 21, at UNC Hospital and went to be with his Lord Jesus Christ. A resident of Fearrington Village, he has lived in NC since 2002, having moved from Manchester, NH, after a 21 year career in the U.S. Air Force chapel administration.

Bob was the much-loved head of his devoted family, which include his wife of 48 years, Irma; his three children: Laurie Meier Bruce of Chapel Hill; Shawn Gretchen of Louisville, KY; and David Megan of Durham; his eight grandchildren: Benjamin, Jonathan, Aaron, Brian, Heather, Kevin, Nathan, and Stephen. Christ Community Church of Chapel Hill is his church family. Other survivors include his sister, Barbara, and brother, Guy Wade, both in Texas, numerous nieces and nephews, and cherished family friend, Sharon Ebol of Manchester, NH.

Bob was a founding member of the Veterans of Fearrington, having proudly served his country in the Korean and Vietnam wars. He was a library volunteer at Trinity School of Durham and Chapel Hill. He was also an avid Duke basketball fan.

A memorial service will be held at University Baptist Church in Chapel Hill on Sunday, June 27, at 3 p.m. All are invited to remain after the service for a reception and time for fellowship. Burial will be at Arlington National Cemetery in Washington, D.C., later this summer.

The family extends special thanks to the Cardiac Intensive Care Unit at UNC Hospital for their
professional care, friendship, and love.

Online condolences may be made at www.hallwynne.com Select “Obituaries”. Arrangements for Mr. Wright are under the care of Hall-Wynne Funeral Service, Pittsboro.

Offer Condolence for the family of Robert Dean Wright 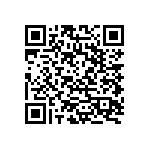