Oxford
Robert “Brad” Wilkerson, 64, of Oxford died Thursday, October 22nd at the Hock Family Pavilion in Durham, NC. He was born in Granville County on January 20th 1951 to the late Charlie Wilkerson and Barbara Duncan Wilkerson. He was a member of Mountain Creek Baptist Church.
He is survived by his wife Janet Brogden Wilkerson; his daughter Lauren Bradlee Wilkerson of Raleigh; his sister Sherrie Wilkerson Clayton of Durham, and his brother Jay Wilkerson of Charlotte.
Brad was a member of The Buggs Island Skeet Club, The American Legion, Vietnam Support Group of Henderson, and Veterans of Foreign Wars.
He was a decorated veteran of the Vietnam War, serving three years and achieving the rank of Specialist 4th class. His honors include The National Defense Service Medal, Vietnam Campaign & Service Medals, Expert Marksman Medal, and the Good Conduct Medal.
A visitation will be held on Saturday, October 24, 2015 from 6:30pm to 8:30pm at Gentry – Newell & Vaughan Funeral Home in Oxford. Funeral Services will be conducted on Sunday, October 25, 2015 at 2:00pm at Gentry – Newell & Vaughan Funeral Chapel by Reverend Wes Garner. Burial will follow in Meadowview Memorial Park, Oxford.
The family is under the care of Gentry – Newell & Vaughan Funeral Home of Oxford.

Offer Condolence for the family of Robert “Brad” Wilkerson 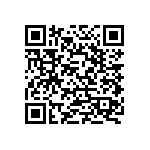