On June 12, 2017, the world lost a believer in the value of positive thinking with the death of 76-year-old Robert (Bob) Allen Mularczyk.  A retired guidance counselor and teacher from Adams, Massachusetts, Bob moved to Brick Landing Plantation in Ocean Isle Beach, North Carolina, and became a loving friend to many. He could always put a positive spin on any situation and made lemonade out of lemons in even the toughest of circumstances.

Bob was born on May 7, 1941, in New Bedford, Massachusetts, and graduated from Dartmouth High School in 1959.  From New Bedford, Bob set off to play basketball at North Adams State College.  He graduated in 1963 and later received a master’s degree in Guidance and Counseling from the University of Massachusetts-Amherst.

Bob was a guidance counselor, teacher, and coach in the Adams-Cheshire school district for over 38 years.  Bob enjoyed working with students and coaching high school sports.  He began coaching boys basketball at Hoosac Valley High School in 1966 and ended his basketball coaching career with the girls team in the 1990s.  An avid golfer, Bob also coached the Hoosac Valley High School golf team for over 20 years.

In addition to enjoying coaching, Bob was a true New England sports fan who was a passionate, life-long supporter of the New England Patriots, the Boston Celtics, and the Boston Red Sox. He also was an accomplished dog trainer and breeder, and Bob loved the peace and beauty of the mountains and fields hunting pheasant and grouse with his Wire-haired Pointing Griffons.

While in North Adams, Bob met and married the love of his life, Kathleen Scully.  Bob and Kathy celebrated 50 years of marriage on August 6, 2016.  They lived and raised their children in Adams, Massachusetts.

The family will plan celebrations of life in both Massachusetts and Ocean Isle Beach, North Carolina, at a later date.  Donations can made in Bob’s memory to the American Diabetes Association (www.diabetes.org) or to HD Reach, an organization dedicated to helping patients and families affected by Huntington’s disease (hdreach.org).

Offer Condolence for the family of Robert “Bob” Allen Mularczyk 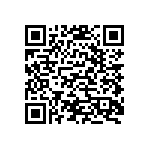