“I knew if I married him, that I would have an interesting life,” said Phyllis, Robert’s wife and co-pilot of sixty-five years. And so she has.  Robert Andrew Kantra was an academic, an avid pilot, motorcyclist, and fisherman. He shared all of these and his love of travel, museums, ballet, opera and the symphony with his entire family.  Robert grew up in Allentown, PA, the son of Andrew and Mary Kadash Kantra.  He earned an undergraduate degree in Chemistry from Muhlenberg College. Robert was then inducted into the US Army, serving in Panama. Following military service, he earned a teaching degree from Columbia University, an MA in English Literature from Fordham University and a PhD in English Literature from The Ohio State University. He then took a professorship at Villanova University, where he taught for forty-five years.  Robert was loved and respected by colleagues and students, maintaining contact with many over the years.  Robert was a life-long teacher and a life-long learner.  He was the pre-eminent scholar on religious satire, writing the definitive book on the subject, ALL THINGS VAIN: RELIGIOUS SATIRISTS AND THEIR ART. At the time of his death, Robert was completing a book on the literature of flight and a travelogue of his lifelong journeys across the globe. Robert is survived by Phyllis Salvati Kantra, his wife of sixty-five years, daughters Pamela and Virginia, their spouses, Philip and Michael, brothers Albert and Andrew and many grandchildren, nieces, and nephews. A Visitation with the family will be on Sunday, March 4 at the Carolina Meadows clubhouse, from 7-9PM. A Funeral Mass will be at The Newman Catholic Student Center at UNC on Monday, March 5 at 10AM, with interment following the Mass at St. Thomas More Roman Catholic Church.  Requiem aeternam, Dad.

Offer Condolence for the family of Robert Andrew Kantra 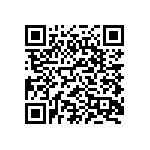