OXFORD:
Richard Martin Sumrell, 68, of Oxford, went home to be with the Lord Thursday, July 31, 2014. He left his earthly life surrounded by his loving family.
A memorial service to celebrate his life will be conducted at 3:30 pm on Sunday at Oxford Baptist Church by the Reverend Chris Aho. Inurnment will follow at the church columbarium. Family will receive friends and family from 2:00-3:30 pm in the Church Family Center.
Richard, a native of Greene County, was the son of the late Ola King and David Wilson Sumrell. He graduated from Greene Central High School in 1964. He was a proud member of the North Carolina State University class of 1968.Richard spent the majority of his career as a regional sales manager for Continental Grain Company. He retired as a sales manager for Wilson Milling Company in 2008. He retired as a major from the North Carolina Army National Guard in 1991 after serving honorably for 23 years.
Richard had a deep love of Oxford Baptist Church, where he was a member since 1972. He served as deacon, Sunday School class director, and as member of the church’s Columbarium and Building and Grounds committees. Reflecting his affinity of Granville County, Richard enjoyed giving his time to the Granville County Historical Society and the Oxford Garden Club.
In addition to spending time with his family, throughout his lifetime Richard enjoyed many hobbies and interests. He could be found collecting guns, coins and farm equipment, hunting, gardening, landscaping, traveling his regular walking routes and spending time on his farm. Richard was delighted to be able to pass along his love of God’s creation by teaching his children to garden, and his grandson to fish.
Surviving Richard are his wife of 46 years, Jessie Keen Sumrell, his son Jonathan Martin Sumrell (Susan) of Richmond, Virginia, and his daughter Beth Sumrell Ehrensberger (Ryan) also of Richmond. He is also survived by his brother, Don Sumrell of Leland, and sister, Jo Ann Faulkner of Winterville. Richard was very proud of his three grandchildren, Benedict Maynard Ehrensberger, Margaret Catherine Ehrensberger and Grace Martin Sumrell.
In lieu of flowers, memorials may be made to Oxford Baptist Church, PO Box 398, Oxford, North Carolina 27565. Online memorials at www.hallwynne.com select obituaries.

Offer Condolence for the family of Richard Martin Sumrell 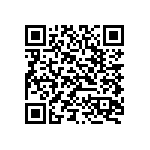