FRANKLINTON:
Richard “Rick” Jenkins passed away at his home March 13, 2014 after fighting a courage’s battle with cancer. He was a native of Mecklenburg Co. and was the son of Pearl Jones Snyder of Mt. Holly and the late Jack Jenkins. Rick was a veteran of the Marine Corp and attended of Union View Baptist Church. He was known for being one of the most sought after painters in the area. He was known for matching any color or stain that was wanted by any decorator or builder, he will be surely missed in this field of expertise.
Rick is survived by his loving wife of 34 years Portia; daughters, Tonya Morgan and son-in-law Andrew of Raleigh and Kimberly Jenkins of Charlotte; sons, Gregory Bobbitt of Wake Forest and Ricky Jenkins of Charlotte; sister Coleen Bush and brother –in-law Jimmy of Denver NC. He is also survived by four grandchildren.
The family would like to thank everyone for the many cards, visits and many, many prayers that were prayed for him. A special thanks to his sister-in-law Diane, his brother-in-laws, Gary and Dwight and their wives for all the love and support.
Memorial services will be conducted on Monday March 17, 2014 at 11:00 AM in Union View Baptist Church by the Rev. Jonathan Chandler.
The family will receive friends Sunday March 16, 2014 from 6:00 PM until 7:30 PM at Hall Wynne Funeral Service Franklinton Chapel. At other times they will be at the home.
Memorials may be made to the American Lung Association of NC, 3801 Lake Boone Trail, Raleigh NC, 27607 or to the Franklin Co. Humane Society, P.O.Box 338, Youngsville, NC 27596.
The family is under the care of Hall Wynne Funeral Service Franklinton Chapel. Online memorials at www.hallwynne.com select obituaries.

Offer Condolence for the family of Richard Martin Jenkins 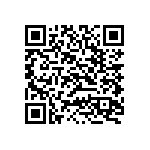