Oxford
“Live, Love, Laugh, and Be Happy!”
Richard Lewis Logan, 81, passed away at Duke Hospice, Hock Family Pavilion on Saturday, October 24, 2015. He was born in Anniston, AL on October 2, 1934. He was the son of the late James Lewis Logan and Helen Gresham Logan.
Richard was a graduate of the Campbell College High School Program and received an Associate’s in Applied Science Degree from Campbell in 1955.
He was a member of Hester Baptist Church where he served as a Deacon, Sunday School Director, and Audio-Visual Director. He was a member of the Granville County Rescue Squad, NC Pupil Transportation Association, and the Oxford City Planning Board. A fervent “Big-Band” music fan, he played clarinet and saxophone throughout his high school years, in college with a jazz band, and later joined the Kerr Lake Ensemble concert band. Richard retired after 35 years with the Pupil Transportation Department of Granville County Schools. He was an avid lover of trains as he was formerly employed with C&O Railroad in Richmond, VA. He was a HAM radio operator, (N4ZSW).
Surviving are his wife of 57 years, Marilyn Hughes Logan, two sons, Thomas Lewis Logan (Beverly) of Buford, GA, and Douglas Paul Logan (Vickie) of Oxford, NC, his granddaughter Elizabeth Jan Logan of Buford, GA, and nephew David Talton Hughes (Shawn).
Funeral service will be held at 2:00 PM on Monday, October 26, 2015 at Gentry – Newell & Vaughan Funeral Home, Oxford, NC by Reverend, Dr. Randy Bridges and Reverend, Dr. Lavelle Waters. Interment will follow at Elmwood Cemetery, Oxford, NC. Visitation will be held prior to the service from 12:30 to 2:00 at the funeral home.
In lieu of flowers, memorials may be made to Hester Baptist Church, Honduras Mission Fund. P.O. Box 964, Oxford, NC 27565.
Richard was a dedicated, loving husband, Pop, and Pop-Pop who always put his family’s needs before his own.

Offer Condolence for the family of Richard Lewis Logan 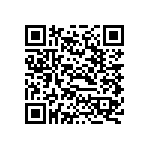