Dick was raised in Stamford, CT and joined the Army Air Corps at an early age. He was a proud veteran having flown 72 successful missions as a P-38 pilot, including cover for American troops during the invasion at Normandy. Upon returning home following WWII, Dick
graduated from the University of Connecticut. In 1947, he married the love of his life, Madeline, who preceeded him in death in 2008 following 61 years of marriage. Dick had a long career with Robbins Engineers, retiring in 1988 and moving to Durham to be closer to his first grandchild. Dick loved time with his family, his ever present pipe and a good game of golf. He was actively involved with the Honorable Elders Kiwanis club. Always inquisitive, he remained a
life-long learner by participating in the OLLI program.

Dick never met a stranger, nor anyone to whom he couldn’t offer a joke or a helping hand. He will be sorely missed by the many who loved him.

A Mass of Christian burial will be offered at 10:30AM Friday, November 30, 2012 from Holy Infant Catholic Church with Fr. Dave Devlin presiding. Interment will be follow at St. Matthew Cemetery on Mason Road in North Durham.

In lieu of flowers contributions may be made to a charity of one’s choice.

Offer Condolence for the family of Richard J. Schlegel 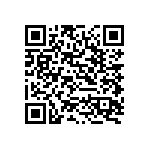