He was a lifelong lover and respecter of the natural world and was happiest when around water. He shared his love of nature with his family and friends and taught many children to fish and water ski. He led by example and was a role model for those who knew him.

He was born in Beaufort SC, the son of Wilbur and Eleanor Ihly and brother of Claude Ihly, all late of Beaufort.

He was a graduate of the US Naval Academy, Annapolis, MD . Soon after graduating he married Sandra Harrison. He became a Navy pilot and flew a P2V during the Cuban Missile Crisis.

He joined IBM and with wife Sandra, son Kurt and daughter Kim moved to Raleigh NC.

He retired early to” follow his bliss” and moved to Wilmington where he and Sandra enjoyed sailing, moonlight kayaking and watching the dolphins pass by.

As dementia began to steal him from us, he and Sandra moved to Fearrington Village to be closer to family where he traded dolphins for passing deer and changing leaves.  He will be greatly missed.

A Celebration of Life Service will be held at The Gathering Place, Fearrington Village on Sunday, February 15 at 2 pm.
In lieu of flowers, memorial contributions may be made to the Animal Protection Society of Caswell County, PO BOX 193, Yanceyville, NC 27379.

Offer Condolence for the family of Richard Ihly 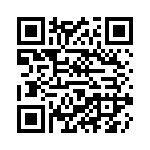