Richard graduated from Spring Branch High School, Houston TX; University of Texas, Austin BS Chemistry; and University of Alberta, Edmonton, Canada,  PhD PhotoChemistry. He was employed as a research chemist at the US Environmental Protection Agency.

After retirement he and his wife, Anne, spent summers on the family farm near Tempa, West Virginia, where he loved to hike with his dogs, do farm work with his tractor and visit with relatives, neighbors and friends.  He was a man of many interests including woodworking, Appalachian engineering, database programming, languages (Russian, Greek, German, and cussing), Bible translations, working on (and yelling at) cars and tractors, cooking, and classical, Irish, folk, and bagpipe music.  In the late 1980’s he was sent to Russia by the EPA for a joint research project, which ignited his interest in Russia. He was a member of the Kostroma, Russia, Committee of Sister Cities of Durham NC, serving as its second chair.. He was also an active participant at Saint Philip’s Church in Durham for 46 years where he served on the board and as treasurer of the St. Philip’s Community Kitchen. He also served as a Stephen Minister and as a lector. On a diocesan level he was one of the first graduates of Cursillo in 1977.

The Berkley family is under the care of Hall-Wynne Funeral Service. Online condolences: www.hallwynne.com – select obituaries.

Offer Condolence for the family of Richard Earl Berkley 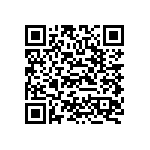