Richard David Brooks, Jr., 73, of Oxford died January 18, 2018. Mr. Brooks was a lifelong resident of Granville County. He spent most of those years raising cattle on the family farm. He also operated the Country Store at Kinton Fork with his brother-in-law Dan Stovall and worked with Lamberts Cable Splicing. Richard loved hunting, fishing, and riding his horses. Above everything else he loved to be with his family and friends. He was preceded in death by his parents Richard D. Brooks, Sr., Mamie Bowles Brooks, his sister Julia B. Stovall, and nephew Michael Stovall.
He is survived by his wife, Kay Garner Brooks and his two daughters; Joy Brooks Watson (Alan) and Kathy Brooks Newton (Rusty) both of Oxford. Richard is also survived by five grandchildren, Kristen Watson, David Watson, Ashley N. Valdes (Carlos), Dylan Newton (Heather), and Justin Newton: one great grandchild Iliana Valdes and three great grands on the way. Mr. Brooks is also survived by two very special nieces, Nan S. Howells and Julia S. Overton, as well as many other extended family members and friends.
A funeral service will be conducted Sunday January 21, 2018 at Hester Baptist Church, Oxford NC at 3:00 PM by Dr. Jeff Hensley. Visitation will be held at 2:00 PM at the church prior to the service. Burial will follow in the church cemetery.
Flowers are acceptable or donations may be made to the charity of your choice.
Gentry Newell & Vaughan Funeral Home is assisting the Brooks family.

Offer Condolence for the family of Richard David Brooks, Jr. 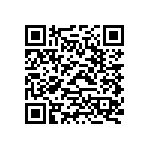