Born March 27, 1959 in Chatham County, Mr. Bowers was the son of John C. Bowers and Jane Clark Bowers. A member of Pleasant Hill United Methodist Church, he was employed for 32 years with
Buckner Steel Erection of Graham, where he worked as a superintendent. He was an expert craftsman builder. Mr. Bowers also was an outdoorsman that enjoyed both hunting and fishing.

The service to celebrate the life of Mr. Richard Clark Bowers will be conducted at 3 o’clock Friday afternoon, August 10, 2012 from the graveside at Pleasant Hill United Methodist Church cemetery with Pastor Ray Gooch presiding. Friends may visit with the family in the church fellowship hall following the service.

Memorial contributions may be made to Pleasant Hill United Methodist Church.

Offer Condolence for the family of Richard Clark Bowers 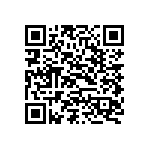