Rheta Leverett Skolaut, age 83, died Wednesday, October 11, 2017, at her residence at The Forest at Duke. Rheta was born in Parrott, GA to the late John H. and Lottie Lou Smith Leverett on April 21, 1934.

She was a graduate of the University of Georgia School of Pharmacy and was a registered pharmacist in Georgia, Florida, Maryland, Illinois and North Carolina. Rheta was a member on numerous boards and organizations but was most proud of her 17-year board affiliation with the Duke Children’s Classic where she chaired the Spouses Program for 16 years.

Rheta authored several cookbooks and enjoyed extensive travel with her late husband, Milton W. Skolaut, who died in 2005. They were both members of St. Paul’s Lutheran Church in Durham.

In lieu of flowers, contributions in Rheta’s memory may be made to The Forest at Duke Benevolent Fund or to a charity of one’s choice.

Arrangements for the Skolaut family are under the care of Hall-Wynne Funeral Service. On-line memorials: www.hallwynne.com. Select obituaries.

Offer Condolence for the family of Rheta Leverett Skolaut 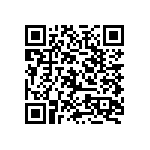