Very Reverend D. Richard Doherty, 66 years old, died on Sunday, January 4, 2015 in Raleigh, NC. He was born in Amesbury, Massachusetts on Jan 31, 1948 to the late Donald and Isabel Doherty. He is survived by his sister, Donna.

Father Richard went to live in New Orleans in the 1960’s; there he developed a concern for civil rights and for the well-being of the poor that he retained throughout his life. He later moved to Ann Arbor, Michigan, where he was part of the Word of God Charismatic Renewal community. After discerning a vocation to the Priesthood, he entered seminary at Saint Michael’s College at the University of Toronto in Toronto, Ontario, Canada for priestly formation. Richard’s studies focused on liturgy, in both the Eastern and Western traditions, and he was a member of Societas Liturgica. Father Richard was ordained a Ukrainian Catholic Priest for the Eparchy of Toronto and Eastern Canada by Most Reverend Isidore Borecky on Nov 8, 1985.

Father Richard was both a priest and a teacher. He taught at Catholic schools on Guam, at public schools in Bertie County, and at Cardinal Gibbons High School in Raleigh. Father Richard taught Latin, Greek, and religion. He was also an inseparable fan of the Gibbons lacrosse team.

Reception of the body will take place at Our Lady of Lourdes Catholic Church, 2718 Overbrook Drive in Raleigh on Thursday, January 8, 2015 beginning at 5:00PM with the Visitation to follow. The panakhyda will be prayed at 6 PM with Very Reverend Father Mark Shuey, Presiding. The Vigil for the Deceased will then be prayed at 6:30 PM, with Reverend Monsignor David D. Brockman, V.G., Presiding and the Reverend Jonathan A. Woodhall, homilist. A reception will then follow the liturgy in the Fallon Center of the parish at 7 PM.

The Funeral Mass for Father Doherty will be celebrated on Monday, January 12, 2015 at Saint Elias the Prophet Ukrainian Catholic Church in Brampton, Ontario, Canada. Interment will follow immediately in the parish cemetery.

Funeral arrangements are under the care of Hall-Wynne Funeral Service, Durham and Ward Funeral Home of Brampton, Ontario, Canada. Online condolences at www.hallwynne.com 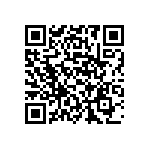