Reverend Doctor Gayle C. Felton, 71, preacher, teacher and theologian, died at her home in Rougemont on January 25, 2014. Gayle was a native of Pinetops, NC. She graduated with a B.A. in History from North Carolina Wesleyan College where she was the first valedictorian of the newly opened college. Gayle taught high school history and civics in Edgecombe County before answering the call to ministry.

She received her master’s of divinity and doctorate from Duke University. After teaching religion at Meredith College for two years, she returned to Duke where she taught in the divinity school for over a decade, guiding and influencing a generation of pastors and others serving the United Methodist Church. Gayle’s scholarship largely focused on the history of Methodism with special emphasis on the sacraments.

Among her published works are This Gift of Water, By Water and the Spirit, This Holy Mystery, United Methodists and the Sacraments, and The Coming of Jesus. She was also the editor of How United Methodists Study Scripture and the writer of numerous studies and other works used across the United Methodist Church. She was a frequent participant in United Methodist General Conferences and was appointed for many years to the General Board of Discipleship.

Gayle had a deep commitment to social justice, working to integrate the public schools in Edgecombe County and as a pioneer in building the Reconciling Movement, a group advocating for the full inclusion of LGBT persons in the United Methodist Church. She was honored to serve as the national board chair of the Reconciling Ministries Network. Gayle also was a role model for women seeking ordination in the United Methodist Church, working tirelessly to remove many of the obstacles she herself had to overcome in becoming an ordained elder.

Gayle is survived by her son, Reverend Alan Felton and wife, Joan, along with her grandchildren John Alan and Virginia Gayle of Apex, NC. Gayle loved the life she shared with Reverend Deborah Morgan and Deborah’s two children, Joanna and Morgan. Gayle is also survived by her brother, J. Phil Carlton of Pinetops and his family; and her former husband, Al Felton of Newport, NC. She was preceded in death by her daughter, Marilyn Lewis Felton and her parents, Lewis and Kittye Snow Carlton.

A service of remembrance will be held on Saturday, February 1 from 12:00-2:00 p.m. at Calvary UMC in Durham where Gayle served for many years.

Arrangements for the Felton family are under the care of Hall-Wynne Funeral Service in Durham. On-line memorials: www.hallwynne.com. Select obituaries. 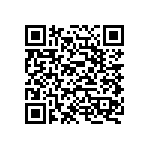