Rev. David Q. Garrison, 74, of Durham, died peacefully on Monday, February 24th 2013, surrounded by his family. A native of the Steele Creek community near Charlotte, he graduated Phi Beta Kappa and Salutatorian of the 1961 class of the University of North Carolina, where he was also President of the Westminster Fellowship. While attending graduate school for mathematics at Harvard University, he answered the Call of the ministry and studied at Union
Theological Seminary in New York City. Ordained as a Presbyterian minister in 1966, he served as Pastor throughout North Carolina for nearly 40 years, leading congregations in Winston-Salem, Wendell, Johnston County, Orange County, Calabash, and Rocky Mount.
He retired from full-time ministry service Bethlehem Presbyterian Church in Rocky Mount in 2004. During his time in the ministry, David also served in several leadership capacities with the Orange Presbytery of North Carolina, and also served on the boards of several ministry-affiliated organizations, including the Barium Springs Home for Children. A firm believer in social justice and compassion, David worked as a steward for the poor and needy his entire life, and organized many charity drives and activities to help bring relief to the disadvantaged.
He is survived by his beloved wife of 52 years, Helen Marie Garrison, originally of Oklahoma City, his son, Chuck Garrison of Chapel Hill, his daughter, Jennifer Eberlein of Aiea, Hawaii, their spouses and four grandsons – William, Christopher, Stough and Callum.
A memorial service will be held at 3:00 PM on March 15th at Covenant Presbyterian Church in Wendell. In lieu offlowers, donations should be sent to Covenant Presbyterian Church, First Presbyterian Church of Durham, or UNICEF. Online condolences at www.hallwynne.com. See Obituaries.

Offer Condolence for the family of Rev. David Q. Garrison 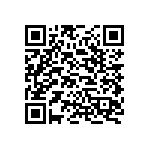