The son of Reuben E. Warfford and Dora Warfford Lawson, Bill was born in Spartanburg, SC on March 17, 1942. He graduated from Jordan-Matthews High School in Siler City in 1960. Bill attended North Carolina State College and graduated from the University of North Carolina at Chapel Hill in 1965. From 1965 – 1971 he was a member of the US Marine Corps.

Bill was active in the civic life of both Pittsboro and Chatham County. He served several terms as a Town Commissioner and later was Mayor of Pittsboro. He was also Treasurer of the Triangle J Council of Government.

Bill was Chairman of East Chatham Bloodmobile for the Red Cross, President of Chatham County United Way, Chairman of Pittsboro Chamber of Commerce, Treasurer of the Pittsboro Little League and Chairman of the Board of Trustees of Pittsboro United Methodist Church. After serving as President of the Pittsboro Kiwanis Club, Bill was the club’s Treasurer for more than 25 years. In recognition of his service, he was named Kiwanian of the Year and was the recipient of Kiwanis’ highest honor, the George F. Hixson Award.
A 32nd Degree Mason, he was Past Worshipful Master of the Columbus Masonic Lodge 102 in Pittsboro. He will be buried with Masonic rites.

The funeral service will be held at 11:00 am on Tuesday, September 28, 2010 at Pittsboro United Methodist Church, with burial to follow in Oakwood Cemetery in Siler City. The family will receive friends at Hall-Wynne Funeral Home in Pittsboro on Monday, September 27, from 7 – 9 pm.

Flowers are welcome, or memorial contributions may be made to the Alamance-Caswell Hospice Home, 916 Chapel Hill Road, Burlington, NC 27215.

Online condolences may be left at www.hallwynne.com, Select “Obituaries”. 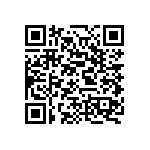