She was a resident of Croasdaile Village since 2004. A graduate of Durham High School, Mrs. Hamlett attended Coker College before marrying Roswell Woodrow Hamlett, Sr. on February 8, 1942. She owned Becky Hamlett Realty for many years after her retirement from Home Security Life Insurance Co. in Durham.

Friends may visit with the family following the graveside service and also at the home of Larry and Susan Hamlett, 910 Mountain Creek Rd. in Chapel Hill, NC

Flowers are acceptable or contributions may be made to Watts St. Baptist Church, 800 Watts St., Durham, NC 27701.

Arrangements for the Hamlett family are under the care of Hall-Wynne Funeral Service.

Offer Condolence for the family of Rebecca Hamlett 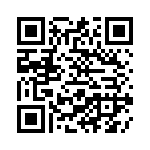